Let’s get down to the words on the page.

We are a racial AND ethnic group in the United States and internationally around the world.

So why do people not capitalize the ‘B’ in Black when writing about Black characters in their books or whatever else?

I’m not really much of a grammar whiz but I wonder….

Words that are capitalized as opposed to words that are lowercase have a certain effect on many people when they see them on a page. Why is Black, as the race AND ethnicity of millions of people, treated like an adjective?

For the reason above, I see it as a slight against Black people that many writers, no matter what field, do not think to capitalize the ‘B’ in Black. In this instance, when talking about a group of people…Black is a pronoun, not an adjective, folks.

Originally posted and cross-posted @ Ms. Queenly’s. What I would like to do for this blog is look at some of Jay-Z lyrics, but I don’t have the patience for that sh*t right now…

I’ve been meaning to write this for a couple of months now. I read this article about Jay-Z  a while back and every time I think about it I get pissed off. Now that he’s a millionaire, money made off all that trash he spouted, he’s saying he regrets the lyrics of songs like “Big Pimpin'”–urggggggggghhhhhhhhh! PISSES ME OFF! He gets rich off degrading women and promoting materialism in the fucked up capitalist American economy and pushing the agenda of a” street mentality” lifestyle that he himself doesn’t lead and he ‘can’t believe’ some of the shit he’s said and rapped about?!

Jay-Z says, “Some [lyrics] become really profound when you see them in writing. Not ‘Big Pimpin’. That’s the exception”. Well, my “brotha”, if you look really hard you’ll see that it’s really messed up that this is how you made your fortune.

You can blame the people who bought his music in the first place. But you can’t deny the origin: Jay-Z himself and the record label that produced him and the society that supports and allows the record label’s existence.

You can’t talk about Jay-Z without talking about Beyoncé.

A match made in heaven: She’s a hoochie and he’s a (supposedly) recovering misogynist. These are two of the richest and most prominent Black people in the United States and maybe even the world. There is some question as to why that it. I’ll tell why it is in part: it’s because we live in a society that is permeated with ignorance and white dominance. The only way Black people can have anything in this country is by selling out their own people.

Another view–on the positive side, (if there even is one)

You could say Jay-Z has grown for the better. Better late than never. As for Beyoncé, there are people, women in particular, who dance like that. More power to them. It can be sexy, empowering, self-expressing when it’s not raunchy, tasteless, and/or underaged. It’s hard to say because all you see is her hip rolling, scantily clad, booty popping everything and everywhere. If not that, then she’s advertising something, or singing about her man and how she likes being a trophy bitch and finds that empowering.

I’m not gone lie, I’ve got a few Beyoncé songs on my iPod and at least one censored Jay-Z song (as if it makes a difference). I still listen to some of that shit. “Crazy in Love”, “Baby Boy”, “Me, Myself, and I”, “Diva”, even “Put a Ring on It” because of that catchy hook. Because I’m ashamed, I won’t say which Jay-Z song, though I will say that it isn’t the worst. Did I pay for any of them? NO WAY!

So Jay-Z has had an epiphany. Great….but too late. The damage has been done, the idiot. Beyoncé–that’s whole other discussion for a whole different day coming sometime in the future.

So I stopped by the Borders and the Barnes & Noble in search of Laurell K. Hamilton’s Flirt. Didn’t find it. Not in stock. My mom did me a favor and ordered it for me, even offered to buy it. I decided I would wait until it came out in paperback. I’m not 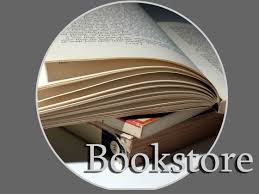 sure I want to give Hamilton anymore of my money.

Its nothing against her as a person. Its just that I’m tired of people hailing [presumably] white female writers like they are the first people in history on the face of the planet to ever have written something that is considered feminist or revolutionary. I’m tired of supporting a market that promotes that kind legacy. As far as I’m concerned Black women are the original badass heroines have and always will top out Anita Blake and all her copycats and predecessors. And that’s real in real life for ya.

What really ticked me off about the situation is that I changed my mind about wanting Hamilton’s Flirt and tried to gift exchange it in my request for Fierce Angels: The Strong Black Women in American Culture and Life by Sheri Parks.

My mama wouldn’t get me this book instead; she went ahead and ordered the Hamilton–saying the Parks was more expensive. I couldn’t help but see the situation as metaphor for something deeper and more complicated. Can’t read about real Black women written about by a Black woman but she would pay for me to read about fake mixed race women invented by a [presumably] white woman.

DISCLAIMER: Quite frankly I don’t think most of them are worth it. What are Black writers and entertainers telling their communities? I’m embarrassed and pissed off as hell because it doesn’t seem to be anything helpful and conducive to lasting change and growth. Still I have not read any of these books cover to cover. I still trust my own judgment even if its only at a glance.

A book about Black women and the “Strong Black Woman” stereotype. I have no problem with being “strong” but I do have a problem with being labeled as being able to endure anything so I was interested in what she had to say. I hope its not preachy or Third Wave feminist deconstructionist.

Disturbing the Peace: Black Culture and Police Power After Slavery by Bryan Wagner

Looks interesting and worth it….

Initial reaction: And I want you to call me “niggardly” on the cover of a book for what reason, Mrs. Karen Hunter? That’s too close to the N-word for me. Take it to someone who cares!

I generally tend not to act like most of the Black people that I know so most of the advice that I tend to get from Black folks giving the garden variety Black folk advice does not apply. I am a complicated person and cannot be covered in right or nine steps.

Black people need “tough love” and firmness sometimes–I admit that. But after being subjected to a public that humiliates, devalues, and tortures them psychologically at every turn, they need to be reconditioned to a certain degree of humane care and acknowledgment. The damage that has been done to the Black community can never completely be undone but telling them to stop being “niggardly” and to not take brush aside highly publicized racism like Don Imus and his “nappy headed hos” comment and (Hunter would probably say this is “words will never hurt me” to) the Dr. Laura situation. The harmful ways in which whites treat and address Black peoples is not less important than anything else.

Reading snippets from Hunter’s book gave me the message that she blames Black people for their troubles and I’m totally not interested in that narrow explanation. (Although I do agree that Black people tend to mostly purchase things that make other people rich outside of their communities.)

Act Like a Lady, Think Like a Man: What Men Really Think About Love Relationships Intimacy & Commitment by Steve Harvey

Second time I’ve seen this book. Pisses me off every time I see it. Only 92 so far people on Amazon.com gave this book the review it deserves. Why do I want a Black man to tell me how to think like a man when I don’t like how men think anyway for the most part? Steve Harvey–like so many men, you need to stop trying to play Black women by giving them your version of advice. STOP TRYING TO CONTROL BLACK WOMEN!!! BLACK WOMEN–STOP LETTING THEM!!! And that’s for real.

Letters to a Young Sister: DeFINE Your Destiny by Hill Harper

I don’t know. I’m skeptical. I tend to think that men are NOT female. They are socialized differently and anything that is not typically masculine does not survive that socialization. A book that is geared towards young women and offering advice to them should be very political and almost militantly written and edited and contributed to women and knowledgeable politically feminist males and the like.

Content on this site is © 2010-16 Ms. Queenly. DO NOT reprint anything without express permission. Partial excerpts of posts found herein must be linked back to this blog. For permission to reproduce any part of the content, please contact me. Thank you.